Screen-printing, also known as silkscreening or serigraphy, is a printmaking technique that creates a coloured image using a stencil and a porous fabric. A screenprint or serigraph is an image created using this technique.
It began as an industrial technology, and was adopted by American graphic artists in the 1930s; the Pop Art movement of the 1960s further popularized the technique. Many of Andy Warhol’s most famous works were created using the technique. It is currently popular both in fine arts and in small-scale commercial printing, where it is commonly used to put images on T-shirts, hats, ceramics, glass, polyethylene, polypropylene, paper, metals, and wood.

A screen is made of a piece of porous, finely woven fabric (originally silk, but typically made of polyester or nylon since the 1940s) stretched over a wood or aluminum frame. Areas of the screen are blocked off with a non-permeable material – a stencil – which is a negative of the image to be printed; that is, the open spaces are where the ink will appear.
The screen is placed on top of a piece of dry paper or fabric. Ink is placed on top of the screen, and a squeegee (rubber blade) is used to spread the ink evenly across the screen. The ink passes through the open spaces in the screen onto the paper or fabric below; then the screen is lifted away. The screen can be re-used after cleaning. If more than one color is being printed on the same surface, the ink is allowed to dry and then the process is repeated with another screen and different color of ink. 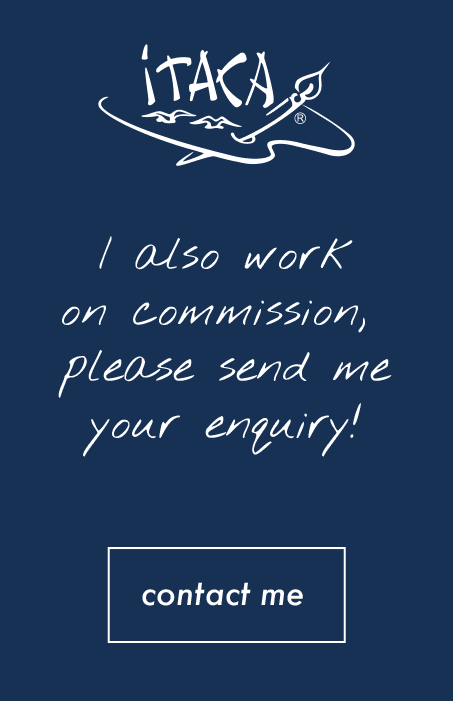